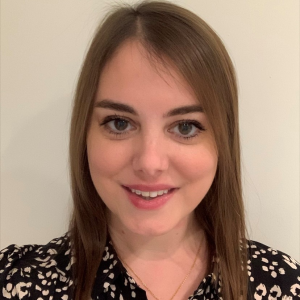 I am very pleased that the Ministry of Justice has finally recognised the need to update the law to allow BSL/English interpreters in the Jury Room in order that they may interpret for Deaf jurors who use sign language.  This is indeed welcome news and comes after several years of lobbying ministers through a series of meetings in my previous role as Chief Executive of the British Deaf Association (BDA) and being invited to sit on the Ministry of Justice Working Group on Deaf people within the Justice system. The then Justice Minister met the BDA to discuss the outcome of the Working Group’s recommendations and its plans to review the legislation after the General Election 2015. However, these still hadn’t been implemented by the time I received a letter calling me for Jury service in 2017.

I attended the court and presented my case stating I was capable of serving as a juror through the provision of sign language interpreting services. As part of this process, my solicitor, Louise Whitfield, (who had represented me in my case against the Government regarding its unfair cap on Access to Work funding), prepared papers filing a Judicial Review. Upon receipt of this, the Ministry of Justice asked me to allow them the opportunity to look into the matter further and address how the law should address this.  Having agreed to that in 2018, I returned some nine months later to remind them of their obligations, to which they said they were still working on this matter. This was in 2019 and the delay was unacceptable to me so I contacted various key parliamentarians asking them to raise questions with the relevant Ministers whilst continuing to lobby the Minister. It’s now 2021, and finally, a new day dawns with this change to common law enabling Deaf sign language users to be part of the Justice System. This is long, long, overdue but very welcome.

I couldn’t have pursued this campaign without the support of Professor Jemma Napier, Matthew Banks, Linda Richards and most of all, my solicitor Louise Whitfield, (who now works for Liberty.)  My campaign for Deaf Jurors was made easier with their evidence and support. I extend my thanks also to the Justice Minister, Rt. Hon. Robert Buckland MP, for supporting this change to update the law. This is one more small step towards our goal of a British Sign Language Act in order to achieve true access and equality.

Online news links as below

Deaf people to serve on juries – A Lawyer Writes (substack.com)